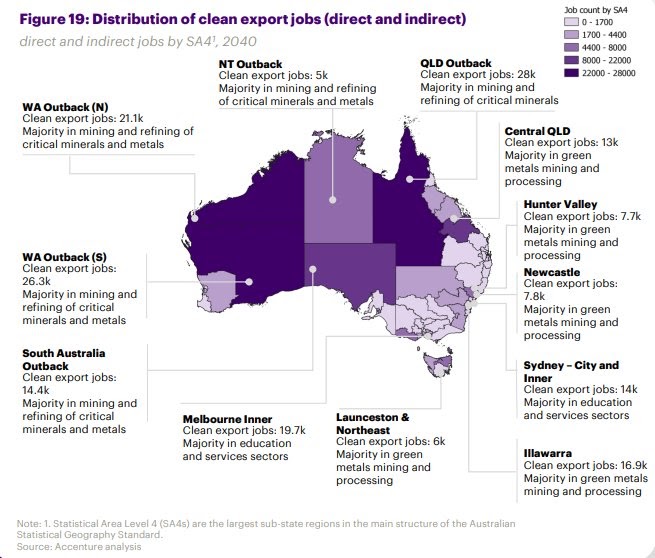 There has been a range of reports just published on why Australia should accelerate transition and transformation to a clean economy and phase out Fossil Fuels. The Business Council of Australia On Sunday 10 October The Business Council Of Australia (BCA) released a report, reversing previous stance on a net zero target and upgraded 2030 interim emissions reduction targets.

These reports make it clear there are tremendous advantages in moving early with rapid ramp up of renewables, hydrogen, green steel, rare earth minerals, and services and training in the new energy economy. Thousands of jobs would be created, the great majority in regional areas allowing a transition of existing workforces with retraining in related or new skills. The benefits would flow to regional areas and the whole economy.

The report advocates for an enhanced Safeguard Mechanism to send clear signals to the market,to drive investment and deliver more jobs and stronger regions, while still protecting jobs from carbon leakage. Effectively, this acts as a carbon price which is already legislated and can be appropriately modified to bring more high intensity carbon businesses within it’s regulatory framework.

“Preparing for the future means Australia must be more ambitious in the short term, and we can be because we’re already on track to meet our interim targets, Business Council chief executive Jennifer Westacott said. “We believe Australia can achieve a more ambitious 2030 emissions reduction target of between 46 to 50 per cent below 2005 levels.

“Setting a more ambitious interim target now will drive new investment and bring forward action in sectors such as electricity where we can deploy commercially viable technology at scale.  Of course not all sectors will be in a position to decarbonise at the same pace, and our plan allows for this accelerating early action in sectors where commercially viable technology exists today.” said Westacott.

“The best thing we can do for workers and for regional communities is to avoid playing costly and damaging catchup with a plan to prepare for inevitable change.” stressed Westacott, “While the heavy lifting is being done early to reduce emissions and avoid a steep tail with higher costs, we can work on closing the technology gap in harder to abate sectors where commercially viable solutions don’t currently exist.

The report argues for

The report also highlights the need for rapid renewables growth along with storage technologies to electrify everything. Regions will see substantial development benefits from this transformation. Long term benefits include:

Over the next 50 years, modelling by Deloitte Access Economics estimates that the economic dividend from a smooth transition to net zero emissions by 2050 — aligned to our proposed strategy — is estimated to be a $890 billion increase to GDP (net present value) due to higher productivity levels and over 195,000 additional jobs by 2070.

On average Australians are around $5,000 better off per person in the year 2050 (in today’s dollars) — with regional Australians projected to be disproportionately better off than the national average.

The potential investment between now and 2030 to transform the electricty grid —leaving aside required investments in other sectors — could be in the order of $50 billion for new renewable generation assets alone. This doesn’t include the significant capex requirements also required in transmission, storage, network augmentation and system stability and security services.

The greater penetration of renewables in the grid will result in lower electricity prices for consumers while market reforms will ensure reliability and security of the system is maintained.

BCA acknowledges the International Energy Agency (IEA) report from May 2021 offering a roadmap to net zero by 2050 for Energy. The BCA fails to mention that the IEA says we should not start any new fossil fuel projects. They provide two graphs by the Reserve Bank of Australia of the outlook for Australian coal and liquefied natural gas (LNG) exports under future scenarios.

With regard to export revenue of coal and gas BCA argues that mining for rare earths used in batteries and electronics will need to be ramped up and can replace this revenue.

Transition of regional communities and sectors is examined by the report, particularly Regional areas with a high concentration of fossil fuel-based industries — such as the Bowen Surat basin in Queensland, the Hunter Valley in New South Wales, the Pilbara in Western Australia and the Gippsland basin in Victoria. These areas are especially vulnerable to the risks and impacts of climate change. These regions are also home to some of the critical infrastructure required by the potential growth industries of the future and will present regional Australians with new opportunities. The following report by Accenture was referred to.

Business, Unions and environment team up on transition report

On 14th October the Australian Conservation Foundation (ACF), WWF-Australia, ACTU and BCA released a joint report preapared by  Sunshot: Australia’s opportunity to create 395,000 clean export jobs, charting a path for the country through the global transition to net-zero that delivers new jobs.

The report shows that Australia could create 395,000 new jobs and generate $89 billion in new trade by 2040 through investment in clean energy exports. It explores six clean export opportunities in clean energy, technologies and services that can fuel Australia’s growth in the low emissions economy. There are two sets of opportunities: energy and minerals; and technology and services.

In energy and minerals, three opportunities stand out:

In technology and services, there are three leading opportunities:

The report identifies 5 specific actions for government to put Australia at the front of the pack:

Australian Council of Trade Unions President Michele O’Neil said “The global shift towards net zero emissions presents huge opportunities to create new, secure jobs for workers across Australia, but we need to act decisively to secure these industries. We need leadership from the federal Government to develop a national clean exports strategy with clear targets and credible policies.

“Australian workers know that our future lies in producing the clean products and services needed in a net-zero emissions world but the nations that benefit most from this transition will be those on the front foot. It’s not a choice between jobs and the environment, it’s a responsibility to act on both.” said O’Neil.

“Acting now puts us in the box seat to take advantage of our world class skills, abundant resources and proximity to markets to secure existing jobs and create new ones. Reaching net-zero emissions by 2050 must be done in a way that harnesses Australia’s abundant natural resources to boost exports, drives investment in new technologies and delivers a stronger economy with more jobs.” said Westacott.

WWF-Australia President, Martijn Wilder said, “With smart investments, it is regional communities, particularly those that currently depend on carbon-intensive industries, that stand to benefit the most from Australia becoming a renewable export superpower.

“As our international trading partners work to meet their climate targets, there will be voracious demand for renewables and zero-carbon commodities. Our federal and state governments need to work together with the private sector to take advantage of this growing demand, creating new jobs and investment opportunities.”

The report notes that With low-cost renewable hydrogen, it will be cheaper to export green steel than to export both hydrogen and iron ore to our key trading partners. Green steel carries the embedded energy and is a value added product, easier to export than iron ore and hydogen.

The $5 billion fund for workers and regions delivered by a new energy transition authority would be important for developing targeted local policy solutions. This would ensure that workers and communities can transition to new clean exports jobs and new projects have the right mix of skills available as the clean exports industry takes off, and help regional economies diversify.