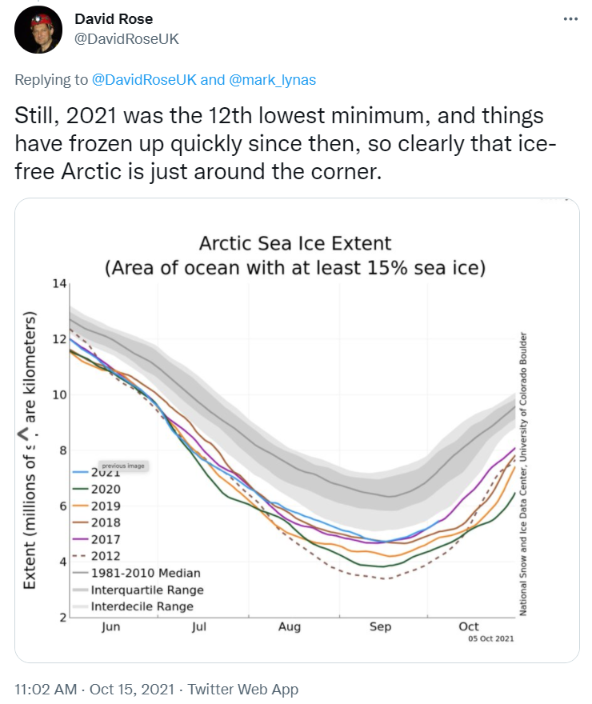 With apologies to Lewis Carroll:

O frabjós day! Callooh! Callay! ”
He was shocked at her joy.

It has caught my attention (a little late) that, in the run-up to COP26, David Rose is once again pontificating on the Arctic sea ice on Twitter. A few days ago I was discussing the “newly discovered” polynya in the so-called “last ice zone” north of Ellesmere Island. Then this morning I discovered through a headline “ClimateVariability” that Mark Lynas has also been tweeting about it:

My Arctic alter ego and I, of course, were “blocked” by David Rose on Twitter many months ago, and lately he’s been pretty quiet about the Arctic. However, with one thing and another, he has now resumed his controversial comment on the High North by commenting on Mark’s letter as follows:

I wonder if anyone will bring to their attention my silent answer so far?