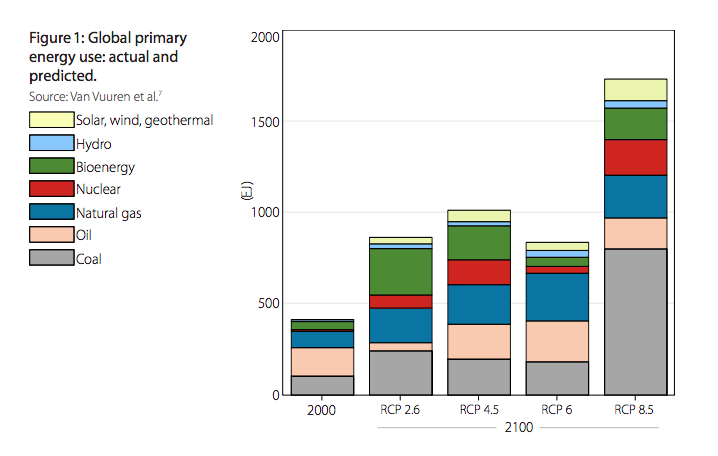 London, May 7: A new article published by the Global Warming Policy Foundation reveals that the shale revolution and the global shift from coal to gas have made the worst global warming scenario, known as RCP8.5, highly unlikely.

The paper, written by Tim Worstall, shows that the so-called RCP8.5 scenario is a huge expansion of global coal consumption in the coming decades, ignoring the shift from coal to unconventional gas, the use of which reduces emissions of CO2 in most countries. .

The assumption of the “coal growth” on which the RCP8.5 climate model is based is improbable, but it has now been shown to be false: the change from coal to unconventional gas means that the world has a very lower. of what the worst cases entail.

However, many climate scientists continue to use (or misuse) the RCP8.5 scenario, claiming that it represents a plausible future in CO2 emissions “as always”.

Every year, thousands of scientists adopt it to make terrifying claims about future climate disasters, while environmental journalists report these misleading claims to an unsuspecting audience, unaware that the claims are based on an unbelievable assumption.

This week, for example, media around the world reported that Antarctica was facing a “turning point” with “irreversible” ice losses. However, this prediction, like so many others, is based on an RCP8.5 model that makes improper use of a “coal business as always” scenario.

GWPF calls on responsible scientists and journalists to take a more credible and questioning approach to reporting claims based on unbelievable energy scenarios.

“The idea that we would ignore shale gas, which is cheaper and cleaner than coal, was always absurd. But with the impact and results of the shale revolution, we already have proof of that. It’s of course we will never see the high coal emissions predicted by RCP8.5 modelers ”.

“Frightening can do enormous harm to people and society. Scientists and journalists should stop using completely unrealistic energy scenarios that are simply not credible.

A despised Savior: how fracking saved us from global warming can be downloaded here (pdf)