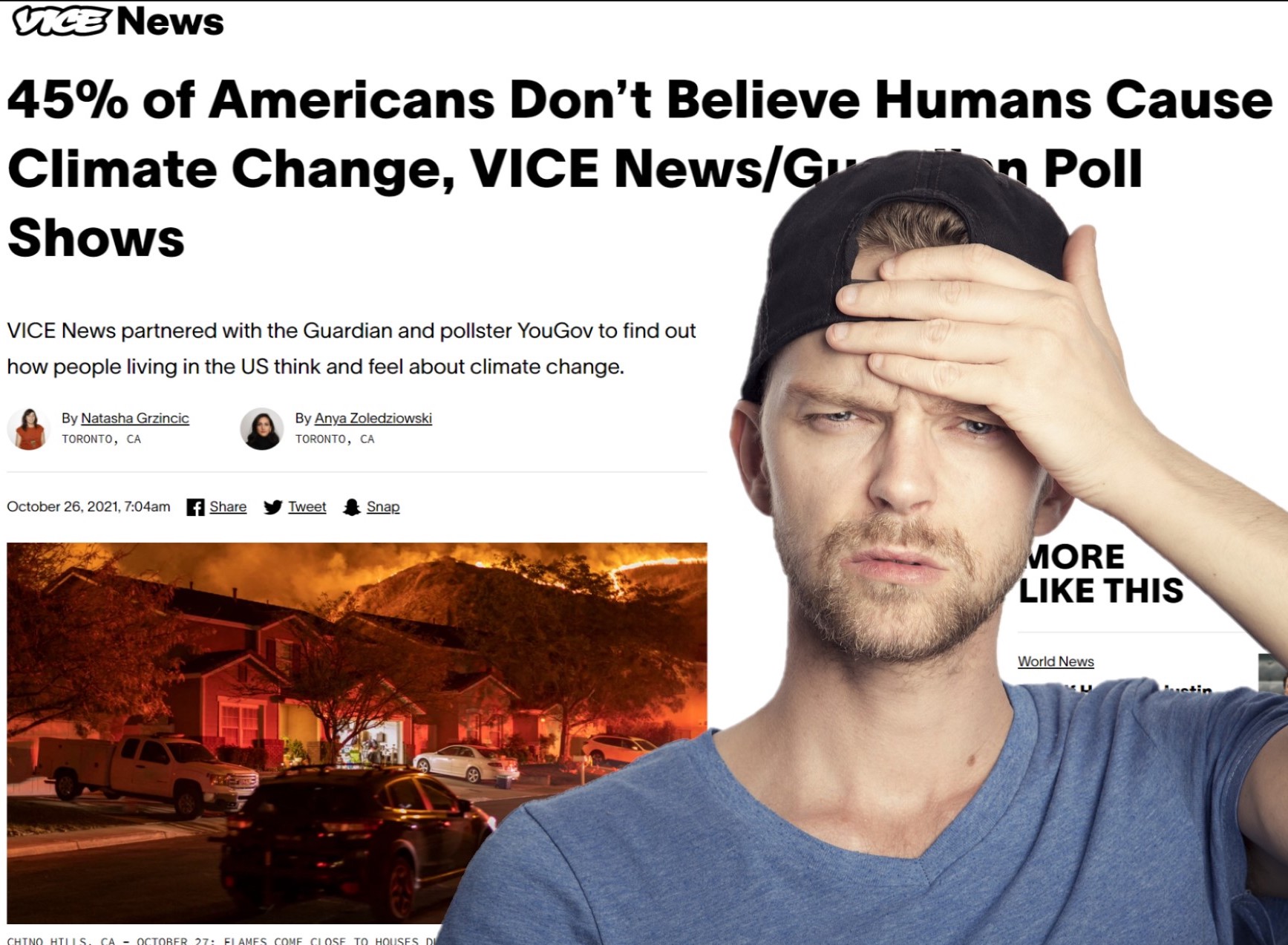 "This year was marked by several unprecedented natural disasters, including a 'heat dome' marked by sweltering temperatures of up to 113 F that affected the Pacific Northwest, killing hundreds and seasons of record forest fires that go razed entire cities…

Vice, along with his associates, including the far left The guardian, the YouGov polling company and the climate propaganda news group Covering Climate Now, conducted a momentum survey to show how concerned Americans are about climate change.

They say the debate is over, but it is not, because science is not advancing or advancing through surveys.

The survey itself is largely predictable and uninteresting, but the authors ’commentary on the article reveals their lack of knowledge about the climate change debate.

“This year was marked by several unprecedented natural disasters, including a ‘heat dome’ marked by sweltering temperatures of up to 113 F that affected the Pacific Northwest, killing hundreds and seasons of record forest fires that go razed entire cities and displaced thousands.

“Experts linked the series of natural disasters to the climate crisis, and yet many Americans are still struggling to understand if and why the crisis that defines generation is happening.”

As sensational as it is paternalistic, these statements are only partially correct. Yes, the Pacific Northwest experienced a severe heat dome, but this weather event was not “unprecedented.” Heat domes have appeared earlier in this region.

He set record highs, and immediately followed a record cooling. The media did not report this.

As meteorologist Anthony Watts details in a previous post on climate realism, entitled “Heatwave reports illustrate how science has corrupted climate group thinking,” reports on recent fluctuations in climate realism weather in the Pacific Northwest has been extremely misleading.

The truth is that, as detailed here, here and here, the cold is still the real killer, not the heat.

“Many respondents (30.5%) think that there is a furious scientific debate about the cause of climate change when there really isn’t one. Globally, there is consensus among scientists (97 percent or more) that l “Global warming is occurring due to human activities, according to NASA and international scientific societies.”

Climate Realism and The Heartland Institute have repeatedly denied the silly claims about an existing scientific consensus on the causes and consequences of climate change, for example, here, here and here.

However, the author states that “there really isn’t” a scientific debate about the cause of climate change; this is clearly and provably false.

There may not be a rigorous and honest debate in the media, but beyond the shallow selective reports there is a massive set of research and research by scientists from different fields.

Scientists continually question everything; the degree of human impact, the amount of warming (including if any), what the long-term effects are, the potential benefits of warming, the impact of solar activity, and dozens of ‘other topics.

Part of this debate was publicly broadcast at the recent 14th International Conference on Climate Change, videos of which can be viewed here.

The media doesn’t want you to go to primary sources and learn for yourself what debate is going on.

Shamefully media outlets like Vice and The Guardian, and organizations like Covering Climate Now, filter and select information based on their political goals, not what is good for science or the general public.